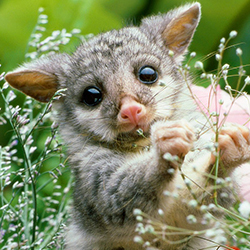 Last night I got a massage. Due to booking it late in the day the only masseur they have available was a male. They asked if it was OK and said yes. In the past I have had several male masseurs and it was no big deal. This time it was different because of an article I believe I read in the New Yorker couple months back. It could have been another publication, but had a New Yorker style of writing. Where ever it was published even thought I thought I forgot about it, it somehow impacted me.

I thought I forgot about the article until last night waiting in the waiting room for my masseur to call my name. A flood of sexual thoughts from the article came in my head mixed with thoughts of oh god what if by total accident I give him a signal I am looking for more than platonic massage and then have to have an uncomfortable awkwardness between us when I turn down his gesture.

Since the article was a distant memory flooding back I started to think hard, were there any things they listed as the signals you give if you want masseur to make you climax I should avoid, but I couldn’t remember and also thought if it hasn’t happened in the past why would I be worried now I would trigger such a thing by accident.

I started to wonder, how about if your body shows signaling you want to climax but your brain is saying absolutely not but the masseur isn’t reading your brain and reading your body and how would I handle that situation. Any virgin who has an active dating life but saving themselves for marriage has been caught in that feeling I bet a few give in and regret it later. I wasn’t a virgin, but was married and didn’t want to do anything I regret. I knew there was a 99.9999% of this happening but couldn’t help think of the what ifs.

As the massage went on its way it made me think of past lovers before I was married and how massages became romantic sensual sexual experiences that felt it was so perfect it felt like it was out of the movies. How I missed those moments and sadly no matter how much I tried not to but mixed with thinking sexual thoughts of my masseur making the moves.

I also thought do masseurs in general get turned on but need to keep it in check and if they do how to do it. As well do they get grossed out if they can tell the person they are massaging is turned on and then talk about it with their pals. Especially if the women is past her prime, unattractive and an old battle ax or just not kept herself up are they not looking forward to massaging them? Which then lead me to think I need to keep my looks up because sadly this world treats people who are attractive better and some even get happy endings, not that I wanted one from a masseur while married but enjoyed thinking of having one. As I did enjoy feeling sexually attractive and like people to think of me as a sexual being who is attractive even if they never make the moves on me.

When Neighbors Gossip - The Odd One Out.
From Respect to Distrust to Tears and Bad Knots In My Chest for the Therapy Industry
How I Loathe You for Not Being Compassionate At a Moment of Need.