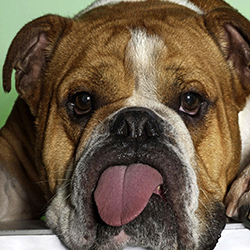 Today I left slightly early, to leave myself enough time to buy groceries; as usual I was overly cautious, and had a few minutes to walk around. I took a quick lap: past the church and then left at the bridge, having conceived a destination sometime midway, to duck into the bookstore across from the park and read a bit of Pride and Prejudice (I had done this once before). Inside instead of reading from the beginning, as I had done during my last visit, I flipped to a random page and read the end of a chapter taking place at Lady Catherine’s home, when Elizabeth is there visiting her sister and her husband. Darcy describes his inability to rouse interest for common small talk with strangers (a point remembered from previous readings. Since the first I’ve found it relatable), and Elizabeth replies by stating she does not believe herself to be incapable of playing the harp among the best, but rather believes she is simply wanting of practice. At some point I noticed a book with large text on the cover: Susan Sontag. I learned of Sontag initially in my junior year English class, and found the texts interesting but never pursued them. Recently she once again came to my attention in the form of a Facebook post, in which Warren (Joes’ young ex-boyfriend. I met Joe on Grindr towards the end of my senior year of high school. He was in his late 30s, lived downtown, had hundreds of pairs of shoes in his apartment. He worked in an AT&T call center; I looked down on this. Warren was a year or two older than me, a very skinny art student with a punk-ish look. The two were into leather and b….., and a dog-owner game, with growling and such. It made me very uncomfortable. I had Joe tie me up once, not for …., but to see what it was like; I kept my clothes on. The first time we hung out, we went to How Weird, my first time. We were there for a short while, no dancing, before going back to his place, where I f…. him. That was the only time we had s…. Altogether, we hung out three or four times; the last time I saw him was in the weeks after my move to San Francisco) had spoken of organizing books, and with that mentioned Sontag. I searched the shelves for collections of her essays, and finding none, picked up the large hardcover; an examination revealed it to be a collection of diary entries. There were two bits of text on the back cover, one of which I remember: Sontag’s consideration of reading and writing as being a crucial part of living.

I took a peek through. The entries were short and scattered, with little linearity in the brief excerpts I read. Particularly grabbing was one on the first page of a new chapter: ‘The stocking of one’s vocabulary requires patience, years, and strong effort.’ I have been attempting to put forth increased exertion towards this goal lately: in my readings of more advanced texts I am struck by how many words in English I have yet to learn (another benefit of being young). I put the book down and left the store; approaching the bus stop I noticed Jason, a very cute guy I had gotten a drink and then watched a movie with once; as I passed I waved and said hello. His response was seemingly distant and somewhat odd, rather, a bit blunt or harsh: “Hi.” I proceeded to class, where we watched the film: I found it boring, with the music very poorly done. Nonetheless in retrospect I see its value: highly atmospheric and purposefully ambiguous, with some well done scenes or ideas, particularly one narrative of a freshly turned thirty woman, who comes to Venice to meet her mother and father; it displayed skillfully the unbearable sadness that are parents. And, there was a very sexy actor in one of the roles. Two ideas from this day: S.. and writing

I need to write.  I must record my thoughts, and ideas, and the motivation for the things I do, and the odd and memorable things that happen, and everything that I want to save and remember and experience later. I need to learn to disregard form, and simply allow expression to occur, and my ideas to unfurl through written ponderings. What I can say with written word has different borders than the limits of my verbal self.

S…: Naturally this is something that comes to mind every day. S…, and boys, and boyfriends, and my libido, and my conceptions and hopes and desires.

Recently I read texts and considered relationships through the lense of Meyers-Briggs: what are relationships for INTPs. Once again the information contained many similarities to my projection of myself. Naively romantic, straightforward, very in love, disgust for ambiguity and game-playing, a period of forgetting the logic one lives by and eventually retracting for consideration, wanting lots of s…, space, and understanding for one’s being the way one is. When I spend too much time thinking about boys and men, I get frustrated. At one point in my readings I came across an idea: INTP’s will often try to downplay the role of s… and relationships in their lives. In my case this is true, at least in the present. When I pose the question to myself: Do I want a boyfriend? I experience an inner conflict: on the one hand I wish to say no, I don’t care, I’m satisfied and happy without it, and there are more important things. At the same time I know the answer is yes. I need no circle of friends, no small talk, no drinking buddies; I need affection, to love and be loved, and one other. I understand Thomas’ counsel that finding someone compatible in my age is difficult. It is my desires which make it hard: I want something spontaneous and natural, which emotionally overwhelms both partners, and will develop into something of significance. I want someone with whom I can be with all the time, easily get lost in conversation, and (of course) share irresistible and mutual attraction, and s…, and affection. But that is the way of things; it is probably for the better. I have yet to have a chance to really dedicate myself somebody, and discover how far I can lose myself to emotion, and the stupid decisions and pain it will bring. I tell myself: I can wait. I have other things to focus on. But I cannot deny what I want: a move to Germany has not changed my character, but rather has deepened my understanding of it. I have little desire for frequently going out, and partying, and drinking, and the art of being highly social and often in the company of others; and given access to marijuana, I will in many cases choose a night alone, high, over a late night of cacophony and alcohol. People, of course, are essential: but my desires for friendships share much in common with those for romantic relationships: spontaneity, a willingness and enjoyment of long periods of time spent together, and progression. Above all it must feel natural: the more time I spend alone the more I ponder and doubt my existing connections, and this ambivalence leads to inaction, which then can easily become a mutual affair. The moral here is a trait of mine, whose firm place in the constellation of my character has been set in a confirmed perspective by the move abroad: I am one-person type of human. For me it is most natural, most desirable, to be with another, and only them. We do not always need to be at home; we do not always need to be together; it could be a platonic as well as a romantic and sexual relationship. But it is what I am destined (doomed) to wait for.