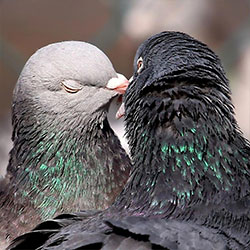 A response to an ex.

Being young and in love is a beautiful thing. I think it can happen it at our age if we are with the right person. I believe it can and many our age and older have proved it can and told me yes it does happen. The right person never leaves your memory and you smile when you think of the good times you had.

I look at the the ….. Album often. It gets pulled out a lot to show others. Most are stunned to hear we did such a trip, since it isn’t a usual trip but more of an extreme camping trip. I remember your bear mase. It was pointed to at my face when I slept and asked you to move it after so many nights of looking at the spray part and thinking what if it accidentally goes off.
I remember us visiting my grandmother, I never introduced many people to her because she was very different and hard to explain her and/or worried people would not be able to handle what they see, she has passed away for some years now and still love her in many ways. She had such a bold happiness you don’t seen in others
I remember my aunt letting us sleep in the same room or suggesting we can. I can’t remember what it was but remember her saying “just ask your parents how they slept at your age” basically saying they can’t preach no sex they were having sex unwed
I remember the taxidermy at my aunts house, it was fine with me but you were a bit spooked
I remember the many rabbits and birds we killed – they just went in front of the car at the wrong time. I remember the crazy dear that ran on the road and I had to swerve to miss it waking you up in middle of sleeping freaking you out.
I remember the African American family in ….. that asked us if it is safe for them since they don’t see black people and only white people.
I remember us sleeping in a tight spot and it was a good thing can’t complain it happened
I remember us making friends with the old couple but then you peed outside and they were there at night so we then didn’t feel so comfortable around us.
I remember that total weird person that I can not forget out of those hot springs – he was spooky and feel to this day he did something. I have actually looked at unsolved crimes and missing people in California to see if it his him a few times since that time and never saw anything
I remember all the stuff you listed above and tons more. All good things
I honestly can’t remember if we had fights and what they were about. I know Pete made things tough later bad mouthing me. But between you and me, can’t remember if we had a fight and the context. I only know for me I just started to think if he isn’t asking me to be more in his life I must not be the one in his eyes and started shutting down inside. As probably any women does even if we don’t admit it when we date someone we think of playing house, I remember working on yours and your brothers rental and thinking what if one day we all lived in there you and me in one room and he in another until we can afford our own place. But this is where men and women think different we live for the future and men live for the moment. I always hoped you come to the ….. for two weeks even to see if we can get along and if we could would be happy to make plans to move back. I admit I also had this silent hope you some how tell me to stop my marriage and tell me I am making a mistake.
You have to say that we did have it even years later. Remember when I came to ….. for couple hours. We played it platonic but if you were not dating someone at the time we probably at minimum hold hands. The chemistry was still there. It is cool we are still friends and got to experience there is such a thing and I do think it wasn’t young love and that type of love is out there at any age.

A Response to Fond Memories
Energetic Blockages
To People of Facebook