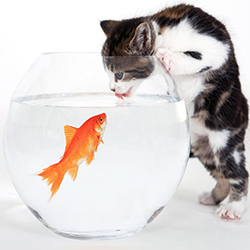 – When he did this to me I wanted to say F Buddhism
or
– He didn’t get the point of Buddhism
or
– Why was I so stupid to believe someone changes.

or can think of a zillion cliches I can use as the title.

I want to walk away from the pain that keeps creeping up and I want to feel I can move on from this pain but all I want to do is tell him off and say how can you be so selfish so mean and not really have any remorse and say “in Buddhism we don’t look at the past but only look at the future”.

It was like Buddhism gave him a free pass to hurt and not take into consideration his path in life is selfishness and destruction of pain he left .

In present day as I work on lowering my cortisol levels and realize I have probably never fully relaxed in the past. Taking on learning and studying meditation, breathing and yoga. Looking into any of these subjects you will always come across Buddhism. I love what it is about and it’s teaching however it also comes with a dark side that brings up memories of pain.

With the word Buddhism I think of couple things. The flighty freaky men when online dating that are way to spiral crazy doing hot yoga Saturday morning looking for the utopia partner and not satisfied with any partner they meet and Asper a romantic interest from my past.

Asper answered an online dating ad I had online. He wanted to go on a date with me, so instead of the traditional boring stuff I invited him to join couple other friends at a car event. His profile said non-smoker however upon him picking me up and opening his door it was clear he smoked and not just a bit. He tried to hide it with air fresheners however the amount of smoke in his leather jeep seats that car would never be smoke free.

Of course I brought up the smoking and he admitted it wasn’t in his profile and he got the car detailed before picking me up hoping the smell would be masked. Saying he is trying to quit.

After the car event we went for sushi. We had some great conversations. Then he wanted to say something serious. Explained he was married before, and he cheated and he learned so much about it he would never cheat again. He said didn’t want to start off a relationship with a lie and needed to say this now to me because he really likes me. He also explain the other person and him moved in and he loved them and then they cheated on him. He learned how it feels to be cheated on and how it felt to be cheater and see who they hurt. In his eyes you could see how much he learned from the experience and how greatly it hurts not just the people it was done too but the surrounding families.

After sushi we still were getting along so well and I guess I let my guard down for someone who was willing to talk on such a deep level so I suggested we go for a walk through Stanford University. To me it is the most romantic spots to walk though at night. It has this way of sparking deep connecting conversations even if it is two friends walking or a romantic interest.

On the walk Asper confessed some more. That he really was a bad person during the cheating phase and didn’t want to be that bad person ever again. That he was a CEO of a startup but embezzled from them and was let go. That he used his own credit cards to run the start up and when let go they never reimbursement him. That he was broke for some time next to nothing no one wanted to hire him and he finally now has a job and getting back on his feet. He discussed when you cheat it leads to so many lies, layers and layers or lies that got him. Again I could see how much he learned and realized how wrong it all is.

Well things went so good he asked me to attend his new jobs Christmas party the next day. We did and it was an instant romance. The chemistry was awesome, everything I dreamed of. We loved the same things, everything was so much of a happy time and right away he asked me to move in. He announced to everyone he is going to marry me. I moved in and had such a great time my life felt so complete. Butterflies and puppy dog happy it was everything I dreamed a relationship could be.

He got distant very shortly afterward moving in. He came home and told he he realized he has a sexual / romantic desire for Asians all of a sudden worrying if we had a future could I really be the one.. I thought it was a phase and just kept positive and supportive.

He also  during another time explained me of some not so like able desires he has had in the past in the bedroom of liking younger looking individuals and enjoyed when his partners to be tied up. He said it was consensual and even showed me the rope he uses. Oh also that he has used prostitutes a few times when he was in Amsterdam. As well was a drug runner a few times. Oh also when he was on business trips he sleep with other people he met while married and his spouse never found out. We were a bit polar opposite in this stuff I tried to lead a much different life. On the outside he looked like a clean cut responsible individual but I guess he totally wasn’t and so I would learn. But then again we all have a past I haven’t been perfect either.

It was like he was telling me these things, hoping I would pull away knowing this isn’t healthy. But I had this notion of it was his past, and he said he turned a new leaf and he accepts me for my faults and I will accept him for his past. Plus I believe your past makes you who you are today and if I great chemistry with this man I will accept him for his past because it brought him to me in the present.

I always supported him being a Buddhist and even went to the temple with him during our troubling time. I did see the things around his home to represent he enjoyed Buddhist. He had a mediation corner but never saw him meditate.

Then from nowhere he came home and said he thinks he wants to date others and turned on the ad the same one he had when he met me. This was a man who announced to the world he is marrying me and said move in. I gave up an amazing place to live to move into his crappy place a not so desirable place to live. I didn’t mind at the time because I enjoyed where our relationship was heading. Hey if you are with the right person it doesn’t matter where you live.

He was so nice to me even during this phase. Then one day he came and said move out. I want to move on dating an Asian women I met. There is probably more to the story then I am saying that I forgot since this happened in 2010. I was so confused, he asked me for acceptance, he said he wouldn’t cheat, he constantly was quoting Buddhism. Always falling back to it and how I should be happy and not look at the negative. As I would say why? He would say “in Buddhism you don’t look back but only forward”

I have four romantic relationships that ever hurt me in my core self. This one is one of them and one that made me wounder if chemistry is even worth it if this is what it brings. If chemistry is what Hollywood made up and just an evil thing that will take away your hope because you think two people can get along and have that tingly feeling and lead to happy, Like those blogs of happy photos of loving moments or all those blogs so fake and it is a facade. If chemistry is all a facade. I ended up wondering can you trust in a romantic partner or is that a facade. Does believing in someone not mean anything? Is it taken for granted that easily. It sure didn’t feel like me being a support to believing in them meant anything. Because I got squashed like a bug in the process of him growing.

He is married now to that Asian person he met and left me for. When things ended I ran from embarrassment of how to face my friends and say it ended and I am down on the grown once again. I moved as far as I can to run away from the pain but it never went away. I got married there isn’t much chemistry on my part, don’t know how to feel it or let down the wall to believe I won’t get hurt once again, since in the past it represented getting getting blindside scars. I chose my spouse because at the time I felt it was a safer and more realistic and to show outward appearance people can find that society union called marriage no matter how far they fall.

Monday Gratitude
What Am I Feeling Right Now, This Moment
I Deserve - Warmth of Love