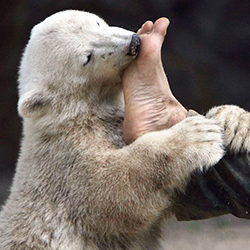 I met — online, on Dudesnude.

He messaged me. I didn’t feel a desire to sleep with him. But I responded. I found his pictures intriguing, the personality displayed in them curious. I cancelled on him once.

I have cancelled on many guys before. If I cancel, the odds of my following through are slim. This time, however, I did. I went to his place. He made us pancakes and we sat and talked in German for about twenty minutes. He had lived for many years in Berlin. His German was not pretty, but retained much of its function. He was open, warm, kind. At one point I noticed a grimoire, and mentioned it. He referred to himself as a witch. I responded by professing a reliance on science. He laughed – “witches and scientists don’t often see eye to eye.”

Later friends of his came over, — and —. At one point the conversation moved to HIV. — told of his ex-husband from his time in Berlin, —, who he had F for many months bare to then discover him positive. Eventually the relationship fell apart and — moved on with a short Asian man.  A few days later — texted me again. “You’re a sweetheart :-)” he said. “Let’s hang out again.”

I believe we got together once more that year before I went to North Fork for my initiation to vipassana.  Some days after my return I texted him.“Come on by, dude.” After a few more times hanging out, including sleeping at his place, he texted me: “Hey dude…how would you feel if the next time you slept over I reached over and cuddled you?” At first I didn’t respond. I wasn’t sure how to. “Ok…was nice hanging out…” he said. “You have to give me a chance to respond I’m not interested in you that way,” I replied. 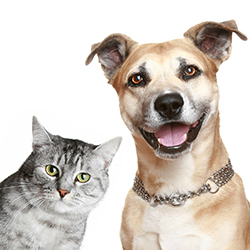 The next time we hung out we discussed it briefly. “I cuddle with pretty much everyone who sleeps in my bed,” he said. “You are more of a cuddle slut than me.” From there we went forward. I found myself spending more and more time with him. I learned more about him: eight years clean from alcohol and passionate about sobreity.  A strong proponent of AA, he viewed addiction as a disease. He grew up in San Diego, and moved to New York at the end of his teens, where he worked as a waitress in a drag bar and restaurant, as a model, and as a club kid. He later moved on to Berlin, where he spent a number of years before his marriage ended. He then got clean and returned to California.

He had once slept more often with women, a period in which he believed a child could possibly have been born. Often disinterested in gender lines and boundaries, a tangling nonstandard mix of roles and indicators without regard. A rock climber with strength and stamina in his muscles, a chameleon morphing from man to girl to grandmother to fairy to witch and in between and back. Wise and practical and experienced, 39 years old, a marriage behind him, lives and years in many cities and apartments, so many friends and relationships, so many jobs. Kind, friendly, fearless, social. No matter what bar, or street, or restaurant, he would run into acquaintances. A meditator with a shrine made of bamboo in his room, a branch adorned with necklaces and scarves and talismans leaning against it. An artist and singer with talent. A quirky and unique and sharp sense of fashion. Humor, lightheartedness, earnestness, seriousness. Non-judgmental. Constantly striving. So many wonderful things, such an amazing and profound and remarkable person, so much depth.
We grew closer. I spent more and more nights there – some nights we would stay awake for hours and hours talking about our pasts, about meditation and life and love, about existence, about sex and relationships, about everything. It was wonderful.We went to parties together, explored his closet to create wacky outfits together, shared vegan meals together, went to the movies, went rock climbing, went to the park.
Once, I called him — for the first time. I more and more often used this nickname. One day I sat up a dinner with —. We ate together at Cha-ya in the mission, then went to Whole Foods in my neighborhood to procure supplies.  Afterwards we returned to my place, had a spontaneous photoshoot playing with the garments in my room, did yoga, and then retired to bed. We didn’t fall asleep – it became another long night spent talking.
The next day he texted me and asked if he could come over to discuss something.t one point the conversation drew towards discussions of intimacy. He asked if I believed he was attracted to me. “I think you find me sexually attractive, but I don’t think you’re in love with me or it’s some kind of uncontrollable attraction,” I said. I was being genuine. “I think you’re just not into black guys,” he replied.” “But there are black guys that I’ve wanted to fuck,” I said. “I think you have an amazing body, and are attractive, and interesting, and we get along so wonderfully well, and I love talking to you and hanging out and spending time with you, I just don’t want to have sex with you.” 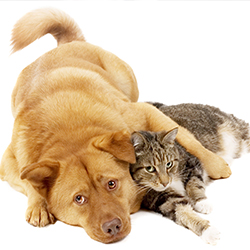 “If you want me to be honest,” he said, “the thing I’m most attracted to is a complete openness and lack of boundaries when it comes to sex, a total willingness to try whatever new thing, not being held back.” I came very close to initiating something right there. But I didn’t. The next day, or sometime during the next few days, I got word that I was accepted to the study abroad program. I texted him.
“That’s awesome!!!!!!!” he said.
“Thank you :-)”
“Now we’ll have to have sex sometime before you leave, hahaha” “Haha…I’ll have to see if I feel like doing it….”
“What do you mean?”“If I felt like having sex with you, I would do it. If I don’t, I wouldn’t”“Do you realize what you’re saying right now?”“I’m just being honest…”“Ok….I think we should stop cuddling for now”Other messages were included. I forgot what else was said.

Later he arrived and informed me that he had been attempted to manipulate me to have sex with him, that he had been using techniques and strategies so as to influence me. He apologized and said that it was uncomfortable and he hadn’t wanted to come over, but that that was his truth, and he needed to live his truth.“I haven’t been hurt,” I said.The first thing I responded with was a comment on myself.He left soon afterwards.

We didn’t talk for many weeks. Then one day I received a message – enthusiastic, friendly, cheerful. Soon we were spending time together again frequently. We grew closer and closer. It felt so familiar, so comfortable, so easy. I felt so safe and relaxed with him, my shy and childish and immature self so encouraged, so free from judgment. He showed me his world, a world above mine, a world I am just beginning to enter and explore and be accepted into. Then later, it ended.
“I don’t want to be hurt any longer. And if it doesn’t include sex any longer, than I will just be getting hurt.”“Ok.”“…what do you think? I feel like I’m just babbling on being the emotional one here.”
I recounted much of my experience. I didn’t say what I was feeling.“Is that it?” A short laugh.“I feel like the past seven or eight months or whatever, were absolutely amazing, and spectacular. I loved walking around with you, and cuddling with you, and spending time with you, and learning so much about one another. I loved wearing crazy clothes and being this dynamic duo running around San Francisco in high fashion. I loved you. I learned so much from you, you have taught me an incredible amount. The past months were amazing.”
More was said, and then: “I just like to surround myself with amazing people,” he said. “And you’re an amazing person. You’re going to have an amazing life, and meet amazing people, and do amazing things. We’ve just got to this point and it can’t be anything else.” “I love you —. I think we’re going to part ways for now.”“Bye,” he said.”In retrospect I revisit what transpired and feel pathetic, and wonderful, and terrible, and many different things simultaneously. How did I live in the belief that he didn’t feel the way he did, that we could grow so close to one another, spend our time together in emotional intimacy, share a bed and cuddle, live together for a week in the same room coming home and walking up to one another, and not expect to happen what happened?
I never wanted to hurt him. It was so unbelievably wonderful experiencing this relationship.I learned so unfathomably much from him. I have never been so honest with a person before, been so open and unrestrained. No other human has ever known so much of me.I learned about sobriety and addiction, and with his advice and wisdom and strength and help and experience have found a start in a world without drugs.I learned about fashion and self-expression.I learned about spirituality and self-discovery and openness and non-belief.I learned about love.I learned about friendship and kindness and being a social creature.I learned about modesty and being humble.I learned about honesty, unbridled and genuine and pure honesty.I learned, I grew, I loved.On my birthday he gave me a card. Inside was written:You are an amazing person,! And you are just getting started. Follow your heart and you will do no wrong.I love you, ——

My Father Was a Deadhead
Keeping Grounded
Being Organized.